In this chapter, we will discuss four major, overlapping stages of cerebellar development. We will first describe how the cerebellar territory of the neural tube is defined and patterned by the expression of a series of transcription factors and signaling molecules. Then we will define the three germinal zones which arise within this territory and undergo extensive proliferation to give rise to all the neurons of the adult cerebellum. Extensive migration follows as the developing cerebellar neurons acquire their final positions within the cerebellum. Finally, we will review several developmental aspects of neuronal connectivity as the differentiating cerebellar neurons form synaptic contacts to produce the mature circuitry of the cerebellum.

This clinically orientated text by an international group of experts is the first definitive reference book on disorders of the cerebellum in children. It presents a wealth of practical clinical experience backed up by a strong scientific basis for the information and guidance given.

The first part sets out the theoretical underpinnings of cerebellar disorders. This is followed by sections on clinical conditions grouped according to common characteristics such as aetiology and symptomatology. The descriptions of the clinical conditions each systematically cover, as appropriate, epidemiology, prevalence, diagnostic criteria, clinical features (including course and prognosis), pathophysiology, genetics, investigations, differential diagnosis, and management and treatment.

This book is an invaluable resource for all those caring for children affected by cerebellar disorders, including malformations, genetic and metabolic disorders, acquired cerebellar damage, vascular disorders and acute ataxias.

This comprehensive reference text on cerebellar disorders in children includes chapters on cerebellar development, prenatal cerebellar imaging, imaging of the posterior fossa, with coverage of a broad range of malformations, genetic and metabolic disorders involving the cerebellum, prenatal cerebellar disruptions (as related to prematurity), vascular disorders, tumors and paraneoplastic syndromes, as well as acute ataxia and trauma to the posterior fossa. Numerous checklists are provided to assist in the differential diagnosis of clinical signs and neuroimaging findings. 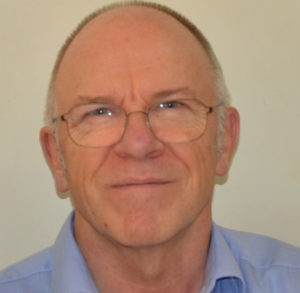 'In this new title from the Mac Keith Press the whole clinical spectrum of the cerebellum is presented: from a patho-physiological and anatomical introduction, to the outstanding (29) checklists for all the clinical problems relating to ataxia and imaging patterns for identifying cerebellar diseases. It is fascinating and stimulating to be guided from one pattern to the other - a clinical and visual eye-opener at its best. Of course, because the cerebellum is connected to almost everything within the brain, some readers would have liked more on ataxic cerebral palsy and other readers other aspects. But this does not detract from this wonderful book as a milestone of understanding and clinical orientation. In these times of Google, Wikipedia and tablet computers, there is definitely a need for owning such a fundamental, in-depth and practical book. This handbook should be seen in every child neurologist's or developmental pediatrician's office.' Florian Heinen, Developmental Medicine & Child Neurology, 2012