Peripheral neuropathies are diseases which affect the neuromuscular apparatus between the muscles or sensory receptors and connections in the spinal cord and the brain. They affect approximately 20-30% of children attending neuromuscular clinics.

Uniquely, this text deals exclusively with such disorders in children and draws together the rapidly expanding but widely scattered knowledge in the field. It is a highly practical text, written by clinical neurologists with long experience in physiology, histopathology and management of neuropathy. This second edition retains the basic structure of its successful predecessor and continues to be liberally illustrated with real case histories. However, extensive revisions and expansion of the text have enabled it to encompass the major developments, including recent advances in molecular biology and therapy of metabolic and inflammatory neuropathies. 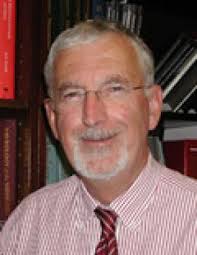 Professor Robert Ouvrier is the Emeritus Professor of child neurology in the University of Sydney.

After training in general paediatrics in Sydney, Perth and Papua-New Guinea, he undertook specialist training in child neurology at the Royal Children's Hospital, Melbourne, the University of Kentucky (1969-70) and the Johns Hopkins Hospital, Baltimore USA (1971-72). He was then Head of the Department of Neurology at the Children’s Hospital at Westmead, Sydney for 25 years. In 1999, he became the Foundation Head of the Institute for Neuroscience and Muscle Research at The Children's Hospital, Westmead. He was President of the International Child Neurology Association from 2006-2010.

He is the author of two books, thirty book chapters and an author or co-author of over 150 scientific articles on paediatric neurology. 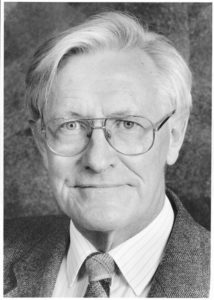 'The text is succinct and unambiguous. A monograph of this authority has no competitor. Consulting the internet is no substitute. The patients of any paediatric neurologist attempting to practise without this book will be at a significant disadvantage.' R O Robinson, Brain

'Comprehensive without being overdetailed. Conditions are clearly and concisely discussed with detailed referencing to facilitate more in depth study. Aided by careful indexing, information is easily accessible and this book provides a reliable first step for anyone seeing patients with peripheral nerves diseases.' Gillian Hall, Journal of Neurology, Neurosurgery and Psychiatry

'I have knowingly seen perhaps a dozen children with peripheral neuropathy in the past five years. After reading this book, I'm fairly certain that I have seen many more, but not realised it.' Theo Fenton, Journal of the Royal Society of Medicine