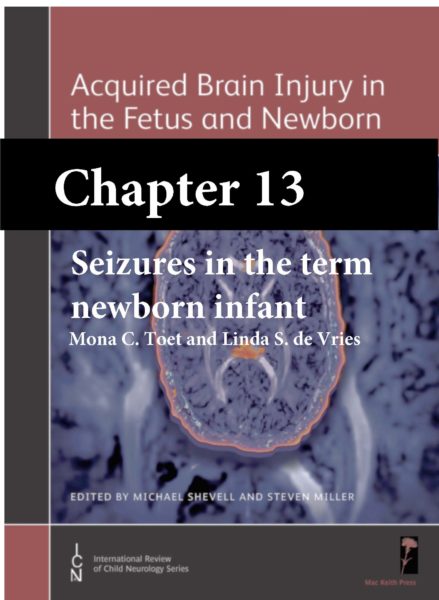 Acquired Brain Injury in the Fetus and Newborn – Chapter 13: Seizures in the Term Newborn Infant (ebook)

Seizures occur more often during the neonatal period than at any other time in life. Hypoxic–ischemic encephalopathy (HIE) has repeatedly been shown to be the most common underlying etiology in term infants. The incidence of HIE is estimated to be around  2 or 3 per 1000 births in the developed world, but much higher in the developing world. In the population-based study by Ronen et al (1999) 42% of the neonatal seizures were seen after HIE. Other important causes in both studies were focal pathology such as perinatal stroke and intracranial haemorrhage. Intracranial infection, hypoglycemia, inborn error of metabolism, and brain malformation are additional important etiologies.