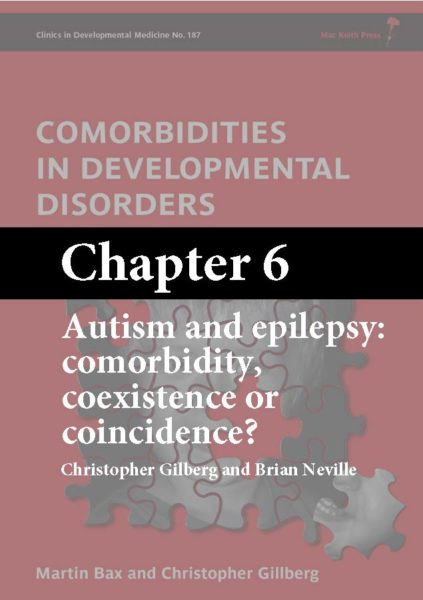 Chapter 6 of the book – Autism and Epilepsy: Comorbidity, Coexistence or Coincidence?

Many individuals with autism have epilepsy and many of those with epilepsy have autism. In 1908, Theodor Heller described a condition that he referred to as ‘dementia infantilis’ which is now considered an autism spectrum disorder. The rate of epilepsy in this rare disorder is extremely high. In 1932, Critchley and Earl described the coexistence of epilepsy and the condition that we currently refer to as autism in the ‘neurocutaneous’ disorder categorised as tuberous sclerosis (or Bourneville disease), and which we now know to be caused by genetic lesions on either chromosome 9 or chromosome 16. In 1943, Kanner described 11 children with his then new ‘autistic disturbances of affective contact’. One of these 11 suffered from epilepsy. In 1971, Kanner reported on a follow-up of the 11 patients; by now, two patients (18% of his original series) were suffering from epilepsy. Thus, in this seminal report, which defined autism, the patients already formed a clinically heterogeneous group – those with and those without seizures.