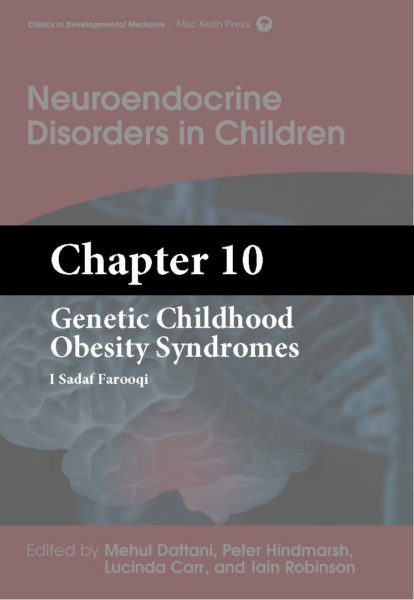 Traditionally, patients affected by genetic forms of obesity were identified as a result of their association with developmental delay, dysmorphic features and/or other developmental abnormalities, that is, a pattern of clinical features which represented a recognisable syndrome. However, the identification of genetic disorders that disrupt the hypothalamic leptin-melanocortin signalling pathway has led to the recognition that obesity is the predominant presenting feature in a significant subset of individuals. Based on case series of patients with genetic obesity syndromes, childhood onset of obesity (before the age of 10 years) is a consistent feature. For purposes of clinical assessment, it remains useful to categorise the genetic obesity syndromes as those with dysmorphism and/or developmental delay and those without these features; however, in some cases the spectrum of clinical features can be quite variable.