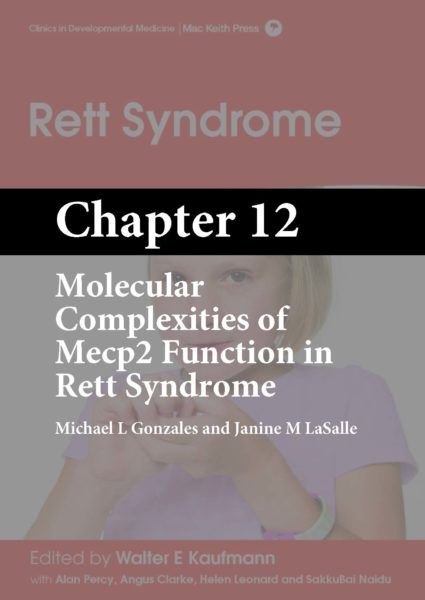 As a methylated DNA binding protein, MeCP2 serves as a link between epigenetic signals and the gene expression changes they encode. The MeCP2 protein is expressed in tissues throughout the body but the highest levels are found in the brain. MeCP2 protein levels increase over the course of central nervous system (CNS) development and maturation and disruption of MeCP2 expression leads to defects in neuronal maturation. RTT primarily affects girls who are apparently normal at birth, but by 6‒18 months of age undergo a transient regression of language and motor milestones, followed by a period where hand strerotypies and autistic features are observed. Mouse models of RTT have recapitulated the major deficits of RTT and restoration of MeCP2 in the mouse is sufficient to ameliorate symptoms. These studies have demonstrated that MeCP2 is required for normal brain development and function. How MeCP2 acts in normal brain development and function will be the topic of this chapter.